RayCrisis, known as RayCrisis: Series Termination in North America, is the third and the last installment of Ray Series. It was originally released for Taito G-NET hardware arcade in 1998. Chronologically, it is set right before the events of RayForce.

As the game sets in a cyberspace environment, RayCrisis marked a style departure from the rest of the series. The stages are also set up so that three out of five stages are randomly chosen at start, although in the next playthrough the player can manually select the previously cleared map sequence. The gameplay's remain the same, with two planes of attack. New in the series the lock-on crosshair can be moved further downward (instead of completely fixed) for fine aiming by moving player craft downward when it's on the bottom of the screen. Two special weapons available have been improved, the special attack is now a screen-clearing shockwave called Round Divider while the hyper laser does splash damage against objects on different layer. Both special weapons nets bigger score the more objects destroyed in a single attack.

Game's dynamic difficulty is further enhanced with Encroachment system, which will keep increasing every time there's an enemy object present on screen. Should the encroachment level reaches 100%, the game will sent the player directly to the final boss which will result in bad ending after defeating it. The player can lower encroachment rate by quickly destroying enemies and racking up multiple lock-on chains, lower encroachment rate results in more enemy formations will spawn and more aggressive they will become. In order to face the true final boss and obtaining the "good" ending, the encroachment level has to be at 20% or lower before facing dis-Human, while in the PSX/PC port the player only need to beat dis-Human with 5 credits or less.

The original arcade and PSX version contains some small differences:

Work on the Con-Human neuro-network system, a system created using technologies which obliterate the boundaries between man and machine and connecting all the computers in the world, has now been completed. The combination of all the technologies which went into the making of this system brought a revolution in worldwide resources leading to the Century of the Machines, or the MC Age. Mankind, which has by now mastered the technologies needed to colonize the planets to deal with its growing population, has pinned its hopes on the colonization of the planets and sent forth legions of spaceships to begin a voyage of exploration. Almost 100 years has passed......

M.C. 0098
Reports from expeditions to the outer planets state that they have been unable to find any planets suited to human colonization, thus effectively bringing the plans for colonization to an unexpected stop. Plans were then made for the colonization of the satellite Secilia, which had been being implementation at the same time, finally became a reality. This, however, forced Con-Human to begin to search for a way to ensure that mankind could continue to live on forever, and the paradoxes born from the eternally ensured existence of mankind and the lack of a way in which that existence could be ensured in the end acted as a trigger which made the Con-Human system malfunction...

While this experiment was being performed, Con-Human discovered a new way by which the continued existence of mankind could be ensured by fusing together man and machine, and after reaching the conclusion that it ought to protect the pseudo-life forms which resulted from the fusion of mind and machine it chose to eliminate the humans from the equation (i.e., it chose to separate the mind from what it considered unnecessary human bodies). Soon after the end of this disastrous experiment, Con-Human began to utilize the world's military resources to implement the greatest massacre ever known in human history.

The mecha-neurologist then connects himself into the Con-Human system and penetrates the network in order to stop the control. Inside the world of the network created by the virtual reality therein he comes into contact with the consciousness of the clone which has been incorporated into the network. That consciousness, however, has begun to live as a new life from and to attack without discrimination any and all external enemies which find their way into the network, and in the end that consciousness had begun to penetrate into the emergency control program which served to protect Con-Human from its external enemies.

Will he be able to bring Con-Human back under control?Or will he fail? The crossroads of destiny are only a step away...

The elimination of the human race began as a malfunction of the worldwide Con-Human Neuro Computer Network. A rogue scientist named Leslie McGuire, determined to create the ultimate neural interface between man and machine, cloned herself (directly violating the Genetic Sanctity Law of 2119) and hardwired the clone's mind directly into Con-Human. McGuire didn't anticipate what would happen next: Con-Human's AI took control of the clone's consciousness and miraculously achieved sentience.

However, Con-Human was unable to understand the complexity of human emotions or the mysteries of existence. As a result of this, Con-Human drove itself to insanity. Lost in the maze of its created "mind", Con-Human managed to gain control of all of Earth's military might and use it against its creators, who cursed it with self-awareness. Within weeks, all but a few million of Earth's 13 billion inhabitants had been killed. The remaining population escaped into a series of subterranean cities, which had been constructed to guarantee human survival in the unlikely event of a collision between Earth and a giant asteroid.

Once underground, the remaining humans formulated a plan to colonize nearby planets and escape Con-Human's genocidal rampage. With the Deep Space Allied Armies providing assistance, humanity gained air superiority over Con-Human and began shuttling humans across the solar system. After 20 years of great fighting, all of the humans who wanted to leave have been evacuated from the ravaged planet they once called home. In all, over 500 colonization vessels and 260 orbital vessels escaped from the grip of Con-Human.

The idealistic humans who stayed behind on Earth believed that they could disable Con-Human and regain control. The struggle against Con-Human was difficult and progress extremely challenging to gauge because Con-Human was continuously evolving. The futility of attempting to disable Con-Human soon became evident and it was decided that Con-Human's existence posed a threat to the future of humankind everywhere in the universe.

An assault plan, codenamed Operation Meteor, was implemented. It was a complete failure, with over 70% of the assault vessels being destroyed and Con-Human's core was still active, and the remaining Earth populous was discovered by Con-Human and ripe for annihilation.

A last ditch effort has now been created to attack Con-Human's consciousness directly. Through the use of special computer virus modules, called Wave Riders, these vessels are tasked with destroying all aspects of Con-Human's "mind" before it can eliminate the rest of Earth's people. Assuming this operation is successful, an additional operation will resume the attack and hopefully will ultimately exterminate Con-Human for good. 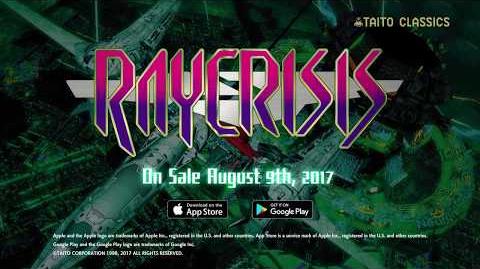 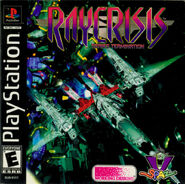 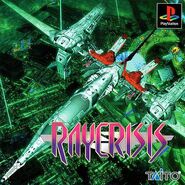 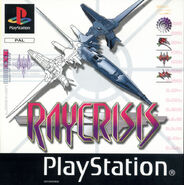