Edit
watch 01:36
We're Getting Mutants in the MCU - The Loop
Do you like this video?
Play Sound

RayForce (also known as Layer Section, Galactic Attack, and Gunlock) is the first game in the Ray Series but chronologically it serves as the sequel of RayCrisis. It was released first time for arcade in 1994 by Taito Corporation. This is reputed to be the first game to revolutionize the "two attack layer" system, where the player can shoot in two separate layers: the same level as the player and a lower level beneath the player. Subsequently, the player had to use two different weapons in order to attack enemies on those layers.

December 24, M.C. (Machine Century) 0185 – 77 years after Con-Human started its uprising against humanity and the subsequent events in Raycrisis, Con-Human consciousness has been compromised and now a second offensive phase following the failure of Operation Meteor two years ago has begun. The new fighter RVA-818 X-LAY has been launched to dispatch the remaining aspects of Con-Human. It's objective is to enter the remnants of Earth and destroy Con-Human's core before it can gather enough potential to seek out and destroy the remaining human colonies. Unfortunately, if this last-ditch assault is successful and Con-Human is destroyed, the Earth will also be vaporized due to the massive influence that Con-Human constructed to fulfill its vengeful mission. This final mission is called, Operation RayForce.

Rayforce has been ported to several platforms mostly under different names

The Windows 95 is considered as the most inferior port between the three as the screen size has been reduced to 4:3 aspect resolution thus greatly reducing game screen visibility. 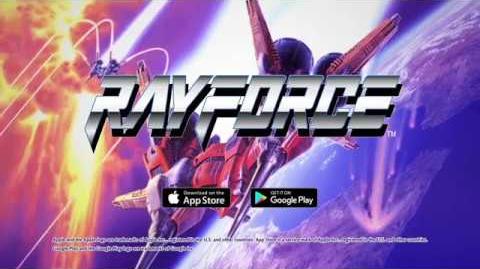 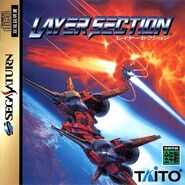 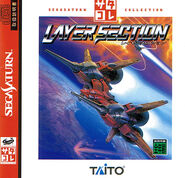 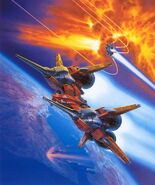