RayStorm is a shoot 'em up game originally released for the Taito FX-1 arcade board in 1996. It is the second game in the RAY series, but continuity-wise it set in a different universe as RayForce and RayCrisis. While it retains the same base gameplay as RayForce (the two attack layers), RayStorm features some major improvements over its predecessor, including two new playable ships (plus an unlockable extra one on the PlayStation port or two for the HD re-release), a chargeable smart bomb/special attack (Laser Barrage), a high-powered full lock-on attack (Hyper Laser), and fully 3D polygonal graphics.

In the year 2119 A.D., space travel became a reality. With all of the nations on Earth working together, humanity expanded throughout our solar system, setting up colony after colony. To maintain a reasonable level of peace and security, the government of Earth established a "Star Federation." This Federation would be responsible for controlling all of the colonies local governments.

It is now 2219 A.D.. In the past one hundred years Earth quickly expanded its colonies all the way to Orion. However, the Star Federation has found it increasingly difficult to keep security in all colonized sectors. Therefore, the Federation heavy handedly put all of the twenty space colonies under strict martial law. As the Federation continued to tighten its iron grip, the space colonies mutinied.

On the planet Secilia, the strongest of the colonies, the rebels established the "Secilia Federation," and began their fight for freedom. They won sweeping victories, and finally defeated Earth and its Star Federation.

However, hidden deep within the Barca Section, a new spacecraft, developed under the code name "R-GRAY", has been completed. It was built from thirteen different Secilia ships and features a highly experimental weapon system. This is the only ship capable of stopping the Secilia Federation from destroying the Earth. With all mankind's future at stake, the time has come to attack the Secilia Federation in a desperate assault to gain reprieve from Earth's death sentence - OPERATION: RAYSTORM.

*The final boss fight is treated as its own stage. 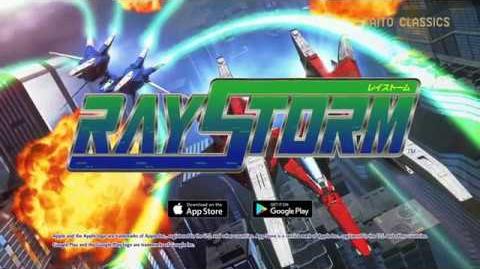 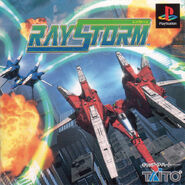 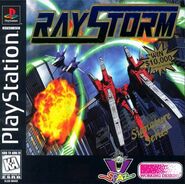 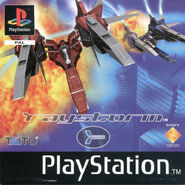 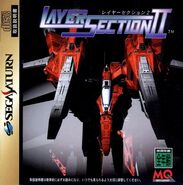